Decades ago, when Singapore first held its Star Search competition to scout for and introduce new TV actors to the public, a somewhat unsophisticated young lady from the Hougang heartlands clinched the crown. Days later, implied nude photos of her appeared in the Chinese evening papers. Even though I thought it was unnecessary, she explained that she was actually “covered” and not actually nude. Definitions are useful in that they can help avoid misunderstanding between two interaction individuals. In nude photography, various adjectives like “implied”, “full”, “erotic” are used to inform the model about what is required of them. One definition of implied nude means that the model is going to have to be totally naked but using hands/object etc to cover up her bits. The the other definition, the model is still wearing some underwear but the angle/light/composition/props seem to suggest that she is nude. Needless to say, the second type of photography is much harder. 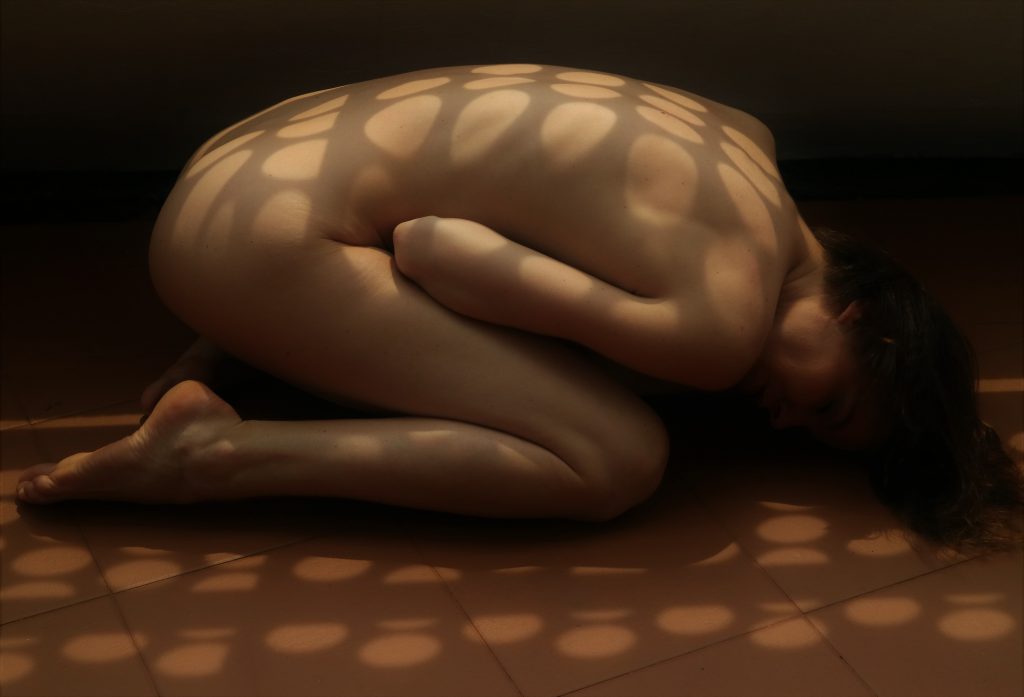 This is already well-known in Category III movies from Hongkong in the past, but Rebecca Chen mentioned in her local movie Siew Lup, that in the sex scenes, their genitals were covered but the covering is hidden from the camera. The purpose of this is to avoid actual contact between the actors’ genitals. When doing solo, such coverings are not necessary unless the models or actors want to hide those bits from the photographer as well. Definitions like this tell the photographer how to plan and design the shoot, but very often, some members of the public use these definitions (which they may not fully understand) to determine the relative level of morality or immorality associated with such pictures. That’s when a lot of unnecessary debate can arise.

In the end, the Star Search contestant who posed “implied” nude didn’t lose her crown. She went on to become one of the biggest names in local TV industry. Could the implied nude shoot have made her unsuitable for future roles that she would play on the TV screen? Would it have been more “indecent” if she had posed more “erotically”? Probably not, but some diffident and insecure parents may feel that she would be a stronger influence over their kids than they could ever be.