On 6 June 2022, Shenzhen China, a drama unfolded in a car park of a luxury apartment building. The average price tag for units in that building, is approximately 100,000 yuan per square metre. Bentley woman had been complaining about her neighbour Rolls Royce man occupying her parking lot at the car park. In spite of her complaints, no action had been taken. She decided to confront Rolls Royce man. A quarrel broke out, attracting security and a huge crowd.

What really tickled the crowd was that both of them decided to lie on the floor in protest. She even blurted: ““把我的宾利开过来堵住他，堵在这。我一个月我宾利不用，我家里有50台宾利。” (drive my Bentley here and block him. Block him in the lot. I won’t use that Bentley for a month. I have 50 Bentleys at home.) Some spectators claimed that she also said that her husband is a party secretary in a big firm. That boast would land her in trouble.

Netizens did a bit of doxing and found out not just her identity but that of her husband. He is none other than Shenzhen Party Secretary Zhang Xiaozhong, working in a state-owned enterprise. His annual salary is publicly declared and stated to be 375,000 yuan. 50 Bentleys? Impossible unless …

Bentley woman quickly clarified matters and said that she didn’t own 50 Bentleys. She was merely saying that she could borrow 50 Bentleys at the club for her own use when hers was blocking Rolls Royce man’s car occupying her parking lot. But two things were left unexplained. First, the property and interestingly, netizens noticed from a screen capture taken when she was lying on the floor, inadvertently exposing her Balenciaga underwear valued at 2000-7000 yuan a pair.

End of story? Not quite. The unbelievably resourceful Chinese netizens pulled out a wedding photo of Zhang with Bentley woman! Had the authorities been lying through their teeth? Actually, they hadn’t. There is in fact, no official record of their wedding. Confusing? Hell, no. It explains a lot, though not everything. 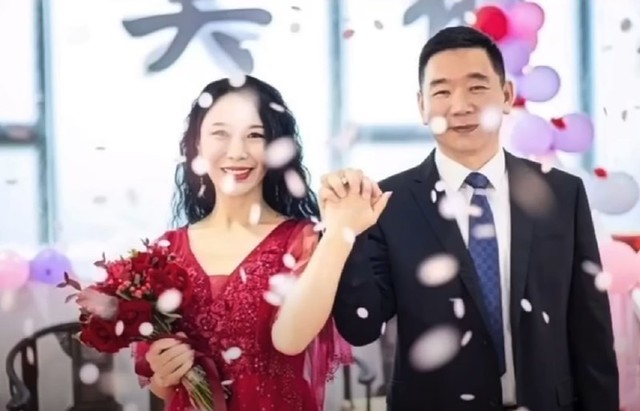 Party cadres who are under public scrutiny may not register their marriages. This is to keep the “girlfriend’s” wealth out of any unexplained wealth in the family. Get it?