When a vaccine (Gardasil) that can potentially save the lives of millions of women at risk of developing cervical cancer was launched, most of us would see that as good news, if not a cause for celebration. Most of us, but not if you’re a moralist like Barnaby Joyce, Australia’s deputy prime minister. You see, cervical cancer is caused by HPV or Human Papilloma Virus which is transmitted sexually. Mr Joyce was against the idea of putting Gardasil on the routine vaccination schedule. Apart from the humongous costs involved, he also preached from a moral high horse.

Mr Joyce said: “There might be an overwhelming backlash from people saying, ‘Don’t you dare put something out there that gives my 12-year-old daughter a licence to be promiscuous’.”

He further added that he would be “personally very circumspect” to provide a vaccine to girls who were too young to cope with the potential consequences of sexual activity. I often wonder what runs in the minds of these folks. Do they think that thoughts of contracting the HPV or cervical cancer can somehow deter virile young women from having casual sex with multiple partners? Do they really hold that the virus or cervical cancer could be God’s punishment for promiscuity and the punishment should be allowed to proceed without human interference? Joyce has also spoken out in opposition to same-sex marriage, attending several rallies on the matter in Canberra. In 2011, he lobbied against a bill proposed by senator Sarah Hanson-Young that would allow for same-sex couples to marry. In this day and age, the image of a sermonising politician who exhibits such religiosity would raise a red flag in my mind.

The private lives of celebrities and politicians seldom interest me – until they start sermonising and denouncing their “moral inferiors”. Let’s take a closer look at Barnaby Joyce and his wife Natalie Abberfield who were married in 1993. Since then, he had been acting like the perfect Christian husband and father – in public that is. Fans and supporters of Mr Joyce were thus utterly shocked when in February 2018, news reports confirmed that Joyce and his former staffer Vikki Campion were expecting a son together in just 2 months’ time! It’s an outrageously embarrassing tragedy. While he has been gathering followers with his sermons, this guy has literally been screwing around behind their backs.

What is going to happen to the child he fathered? So homosexuality is immoral? Casual sex is immoral? But what about a “moralist” like Barnaby Joyce who got a subordinate in his office pregnant? Should we cut him some slack since he didn’t preach that married men shouldn’t go around impregnating other women? Yes, he has been exposed and I would say that the shame factor exceeds that of being naked in public. Had he been liberal about such matters from the very beginning, then he wouldn’t appear so hypocritical, but then, how could he have garnered so much support during election campaigns if he had not acted like a prophet to a bunch of morally fastidious followers? 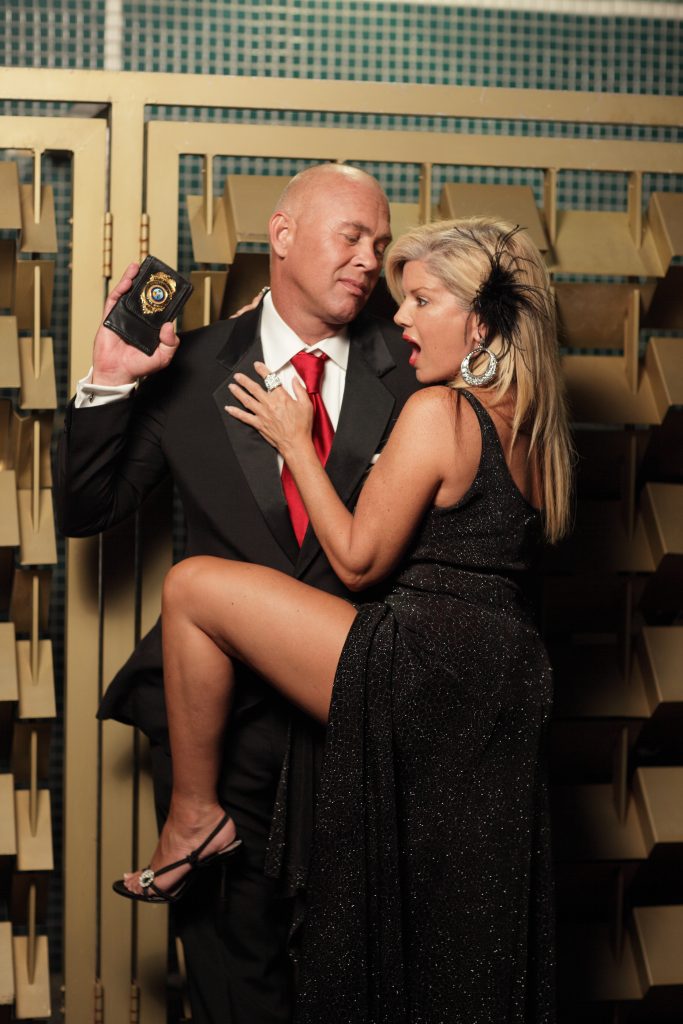 In response to the public outcry, Australian Prime Minister Malcolm Turnbull announces a ban on sexual relations between government ministers and staff. That’s funny, because even some promiscuous people realise that it’s an unwritten rule in the office. How could a morally upright people like Mr Joyce need an outright ban to behave themselves in the office?

In the wake of the scandal, one would expect a true gentleman to take a deep bow, apologise and resign. But no, he didn’t do that. On the contrary, Australian deputy prime minister Barnaby Joyce is even more determined to stay on as leader of his Australian Nationals party as a result of Prime Minister Malcolm Turnbull’s public excoriation of his affair with former staffer Vikki Campion. You’ve really got to hand it to this guy. He’s got some nerve.

Some folks have no idea who they voted for.