On 14th February 1993, 48 hours after he reportedly went missing, James Bulger’s body was found on a railway embankment in Liverpool, UK. The boy was just about a month shy of his 3rd birthday. Two days earlier, his mother Denise was queuing up at a butcher shop at the New Strand Shopping Centre at Bootle when she momentarily lost sight of him. She figured that he would not wander far and only started searching for him after she had made her purchase. James was nowhere to be found.

Two days later, his mangled body was discovered by four youths playing around the Liverpool-Kirby railway line. James had obviously been tortured to death and his body was placed on the railway track to be run over by a train! It was a gruesome, sickening murder even if the victim had been an adult, let alone a toddler.

Given the distance from the shopping centre, police believed that James could not have walked there all by himself. Police searched the area and questioned residents. They found blood-stained bricks and an iron bar, also covered with blood. One woman, living about a mile from the railway track told police that she saw two boys leading James towards the railway track. When she questioned them, they said that they had found James and were helping him find his parents. When the police checked security camera footage at the shopping centre, they saw two boys about 12 years of age leading the toddler away. A hunt for the two young suspects was started. Media reports brought on a flood of calls. One mother related that she once snatched her son away from two boys who seemed to be trying to kidnap him. Another woman said she saw a badly injured boy being “helped” by two other boys in the vicinity of the railway track. The two boys were easily identified and arrested.

They were Jon Venables and Robert Thompson, both only 10 years old! The judge said: “This child of two was taken from his mother on a journey of 2 miles and then on the railway line, was battered to death without mercy, and then his body was placed across the railway line so that his body would be run over by a train in an attempt to conceal the murder. In my judgement, your conduct was both cunning and very wicked.”

He sentenced both boys to be detained until they had “matured and rehabilitated”. Jon Venables and Robert Thompson were reportedly smiling when they were arrested. They got a kick out of battering a younger child to death and placing the body on a railway line was partly to mislead the police by making it look like an accident and partly to follow a scene in the movie Child’s Play 3. 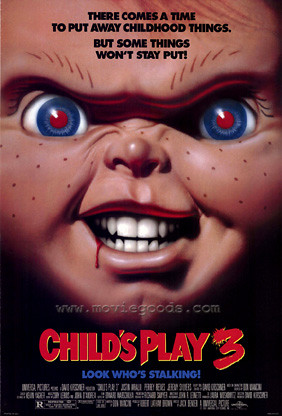 They read all the news reports with pleasure after the murder. They even turned up to place flowers on the railway line along with the other shocked and horrified residents. If not caught, they were certain to murder again. They fitted almost every criterion of turning to crime: broken homes, learning difficulties, poor parenting, truancy and aggression.

Before their release on parole, Venables and Robert Thompson – who were convicted of killing James in 1993 – were given new identities, which are supposed to be protected by a court order.

The original injunction made in 2001 prevents the media or anyone anywhere in the world from publishing photographs of them or information that could lead to their being identified, or soliciting such information.

There have been repeated attempts on social media to publish details that would lead to Venables being pictured. Last year, the attorney general’s office launched an investigation into social media messages that may have breached the worldwide legal injunction.

Do you think that the two murderers should even be given paroles and have their identities protected?