I’m mostly a Facebook guy, but one fine day a couple of weeks ago, I suddenly decided to flirt with my dormant Instagram account. I started posting pictures with messages and hashtags. This greatly improved the visibility of my account and with it, came all the likes and polite comments. But what really counts are followers. Before long, I saw a bevy of beauties with thousands of followers following me. For a moment I couldn’t believe my eyes and my luck. I checked out their accounts but found nothing that would interest me. They were usually taking pictures of food they had at the restaurants, their latest haul from Taobao (mostly clothing accessories) and tonnes of selfies taken at bus stops, bedrooms and even bathrooms. 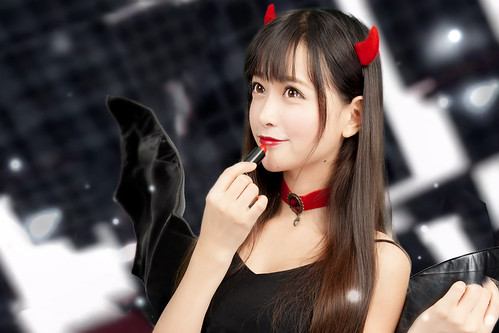 Yao mo gao chor ah? I was baffled. How on earth did they manage to get tens of thousands of followers with such boring and hollow content? Out of courtesy, I followed them back and continued to post my travel pics and pics of dishes I made at home. I even liked some of their pics, again out of courtesy. When I did a check a couple of days later, I discovered that they had unfollowed me! At first, I thought that just maybe, only a few of these girls were like that. But as I returned the favour of following me to other girls on Instagram, they were almost guaranteed to unfollow me immediately after that. There was even one who repeated the trick twice in a row. She followed me first. I returned the favour and she unfollowed me immediately. Of course, I returned that favour too. What was she hoping for? That I would be so blur as not to notice? Or that I might miss looking at pics of her painting her nails?

I know a freelance, amateur model who is very active on social media. Let’s call her Y. A very simple girl next door, Y has a steady boyfriend and a busy schedule. But her persona on social media is completely different. She posts pictures of herself brooding and close to tears. She complains about her cheating boyfriends, one after another even though I know that she’s still with the same guy and quite happily so. Yes, she made them all up, but can you imagine the amount of commiserating messages she receives on a daily basis? Thousands of heroes from every corner of cyberspace would console her, subtly hinting that she would have a much better experience with romance if they were her boyfriend instead. 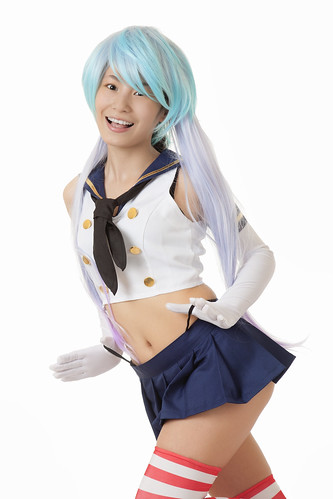 Were the guys fooled? Were they just playing along? Has this become a favourite pastime for all the lonely singles out there? Of course, Y makes full use of her clout on social media and is able to earn a decent though unstable income from the brands and services she promotes. The more sympathy she draws, the more she is able to monetise her online presence. You may think that Y probably has a degree in Psychology, but in reality, she dropped out of secondary school.

When I was touring Detian Waterfall near the Sino-Vietnam border in Guangxi, a bus driver I was chatting with complained about the difficulty of finding a wife in China. There were too many men and too few women. As a result, the women can afford to aim very high. They don’t just want money. They also want looks, wit and romance. The young man lamented that he may have to migrate to Vietnam or bring a Vietnamese bride over.

He is not alone. Singaporean men, especially those who are better educated, have been facing the same problem for many years now. In turbulent times, this might lead to plunder, murder and rape (as it would in the animal kingdom as we know it). In peaceful, orderly times like these, a different phenomenon emerges. Check out the video below.

There is nothing provocative or even “sexy” about a group like Sora Tob Sakana, but a recent study revealed that the majority of their drooling fans are single middle-aged Japanese men or ojisan who might well describe themselves as otaku or nerds. Suddenly, the guys who unilaterally follow girls who only have pictures of them painting their nails don’t seem so weird anymore.

Today’s Japanese women shun relationships because of newly available options and the perceived misogyny of Japanese society. Personally, I don’t think the situation will improve even if Japanese men totally transform themselves into westernised SNAGs. That’s because Japanese (or Asian) men are much more committed to their parents than Westerners. They also put in much longer hours at work. As the sexes begin to fill similar roles, women will find men not worth the trouble and vice versa. Thus singlehood is set to rise, not just in Japan but in much of Asia. But human instinct cannot be suppressed. We are genetically programmed to fall in love and procreate. The answer lies in technology. When romance is not available in the real world, they seek it in the virtual world.

The teen idol industry provides millions of forlorn Asian men with a dream – a fantasy. Folks in the business interact with and manipulate these men and make them feel as if they were in a relationship with the nubile young idol of their dreams. I guess it helps to project the image of a crestfallen maiden in the same way that Y does it. Companies managing these girls are known to sell 20-second handshakes and these pathetic ojisans join the queue even when they have to pay for it. If this is normal, then what’s the problem with following random women on Instagram to watch them paint their nails? No wonder there are so many idiots out there.

Finally, for those who want more than platonic relationships, Orient Industry, Japan’s oldest maker of love dolls, is now manufacturing dolls with changeable heads and remarkably tactile silicone skin. They sell for ¥800,000. 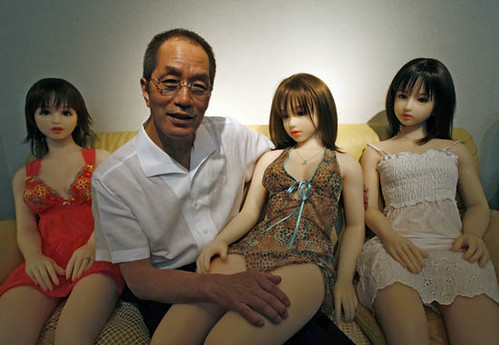 Maybe I could rent out apartments to the guys who don’t have the space or privacy at home to keep these dolls. Make no mistake, the “sick” guys out there are perfectly capable of running huge corporations or even performing heart surgery. Who are we to judge? You may find it appalling now, but I’m not surprised that we’re getting there.