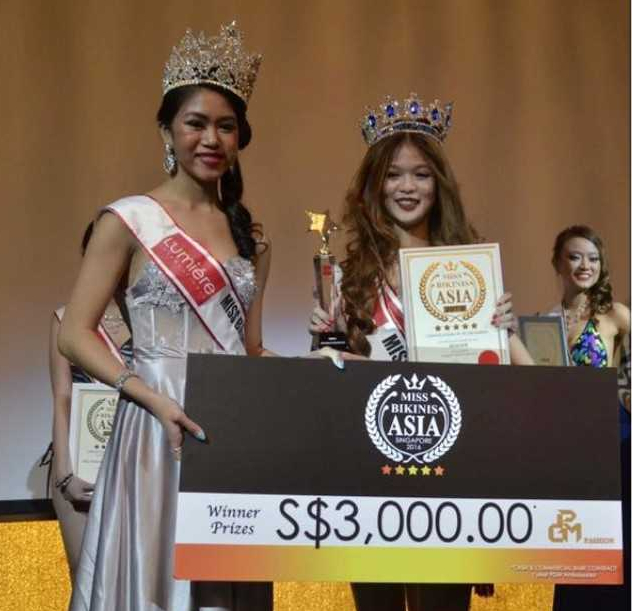 The whole saga began some 2 months ago when Ms Chua (who runs a gown rental company) posted online that a rival company is copying her gown ideas. She called the alleged plagiarist a “shameless company”. Her exact words from her Facebook page are: 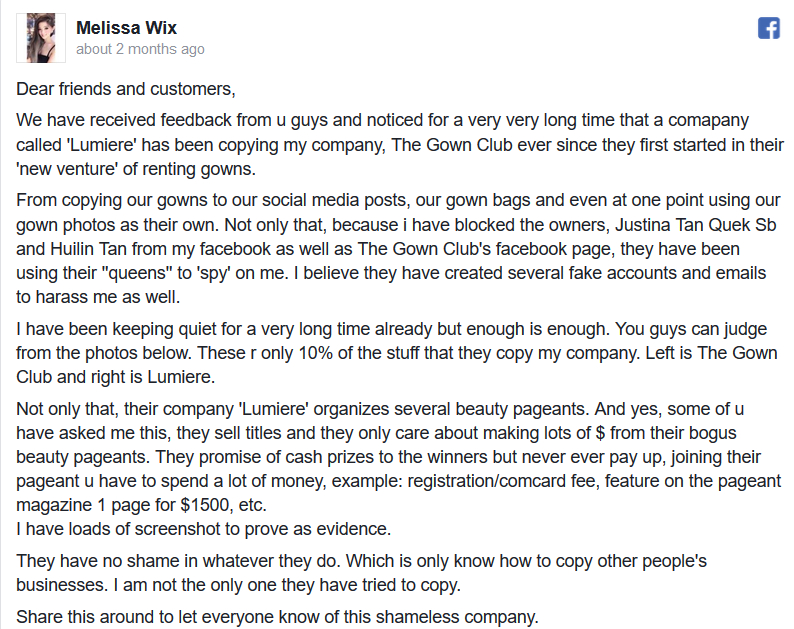 She also posted screenshots from that company, demonstrating the similarities between their gowns and hers. Interestingly, Ms Chua had won titles in pageants organised by the same company she is accusing of plagiarism. However, as the saga unfolded, it became obvious that the dispute between them must have been brewing for some time. Ms Chua went into some of the finer details of hidden costs for contestants at such pageants and she also accused the company of withholding prize money. The company, of course, did not take all this lying down. 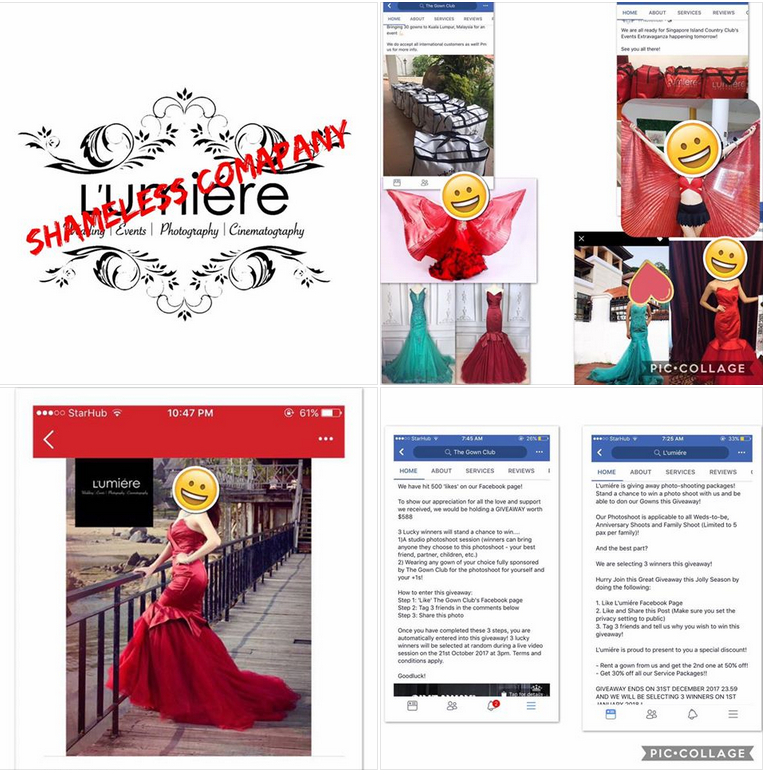 To be fair, Ms Chua’s allegations of plagiarism are valid – as the image above clearly shows. Interestingly, the company seemed to have avoided the issue of plagiarism. Against her accusations of running a scam at the pageant, the company alleged that “she did her viral posting to bash other beauty pageantries (sic) during the 2017 “Miss Singapore Ugly Face” situation” and had hence breached the terms of the contract. By avoiding the issue of alleged plagiarism and also not checking the facts about how Ms Chua had “bashed” other contestants at Miss Singapore 2017, the company only succeeded in making itself look bad.

What actually happened? In the post on Miss Singapore 2017, Ms Chua was actually defending the contestants (who were derided for being so plain that any girl on the street picked at random was likely to look better) and not bashing them. In an attempt to prove her point, Ms Chua posted a picture of her before the makeover and after the makeover, as if to assure the critics that the contestants may look a lot more promising after the makeup artists have performed their acts of illusion. 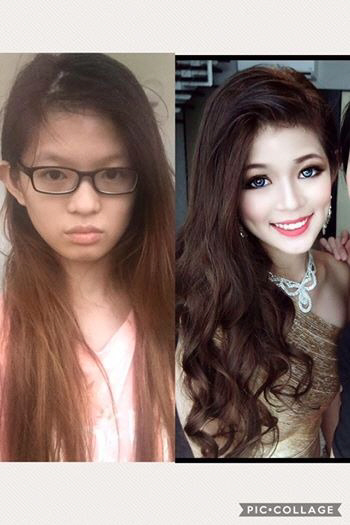 It was a gracious move, no doubt, but saying that Ms Chua’s argument doesn’t cut any ice with me is an understatement. In my opinion, she looked fake and unpleasant after the makeover. She may not be a great beauty, but at least she looked more pleasant and natural without those scary contacts. That’s beside the point now. Ms Chua claimed that she had made a police report! Whether it’s the dispute over prize money or plagiarism, there is obviously no criminal case here. It puzzles me why she would do that. Maybe she didn’t. Anyway, losing her titles mean nothing if she’s already running a successful business.

The company issued another statement. They must have realised their mistake earlier on and decided to bring in the big gun to wipe her out once and for all (but still without explaining the alleged plagiarism). They issued a press statement on 13th February 2018, saying that “It has come to our attention that Melissa Wix have several Obscene and Naked Photos on the Internet”.

It’s a low blow and unfortunately for Ms Chua, the company checked their facts and got it right this time. A search with the appropriate keywords would yield a set of results that looks something like this.

The photos are rather risque and amateurish. The photographer must have struck some kind of a deal with her. For the more “straightforward” pictures, she showed her face and even a victory sign. For the more revealing pictures without the top, revealing her nipple or with her bottom undone, she hid her face. I always respect and empathize with true victims, so I’ll explain why I’m posting the evidence in a moment.

Surprisingly, she’s handling all this very well. Referring to a report in the Chinese tabloid, she pointed out that she could not have fulfilled her obligations to deliver the crown to the winner of the next pageant as the company was unable to organise it due to a lack of participants. Let’s check out her explanation on Facebook dated 14th February. She revealed that in spite of the measured response from the company, they are not telling the whole truth. Two $100 assignments? How would they add up to the $2000 “contract” that they still owed her? On the other hand, I’m quite sure the girls participating in these pageants are going in with their eyes wide open. While freelancing for various glossy publications in the past, I’ve come across aspiring models who would pose for free, spending their own money on clothes and makeup just for the excitement of seeing their faces in print. Getting the short end of the deal is compensated by the publicity they enjoyed. The breaking point for Ms Chua is probably the plagiarism.

However, what I find really bewildering is her very serious allegation that the risque photos were not willingly taken! And it’s a “fact” known only to her close friends. It makes me wonder if she should make a police report for this obviously criminal act instead of the monetary dispute with the pageant organiser (obviously not criminal). I’m not sure if she said this before the photos got leaked, but from the looks of things, I doubt she is telling the whole truth either.

We’re not saints. That photographer had his reasons for taking those photos. Ms Chua had her reasons for accepting. Let’s not get onto the high horse of sexual morality. But business ethics are not optional in any industry. Plagiarism and tactless “spying” is bad. Similarly, Ms Chua’s maladroit response to them is equally distasteful. All this may count as good entertainment, but like many artistic pursuits, beauty pageants are already in a sorry state in Singapore. Where on earth can you find beauty pageant organisers so cheap that they have to resort to copying the works of the contestants and then take revenge by shaming the contestant when they discover an glamorous past? I won’t be surprised if such things happen in India, but they don’t even happen in China where the organisers have a lot more class than this. Are things really so pathetic in one of the richest countries in the world?