The following experience was reported by Peter (not his real name). I met him on Facebook several years ago and we had lunch together once. He is in his 40s, working in sales and is still single. Some time ago, Peter befriended someone by the name of “Michelle Ling” on Facebook. Below is her Facebook profile picture. 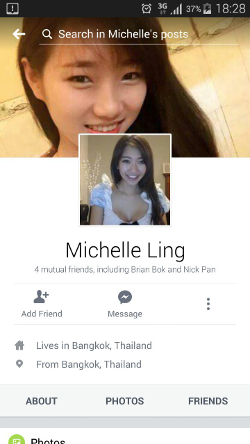 There seems to be two different women in the Facebook profile. I’ve checked my list of friend requests and found her as well. I didn’t add her as I found her suspicious. Anyway, Peter was probably a bit more trusting and ended up chatting/flirting with her. I don’t quite understand what “she” was trying to say. 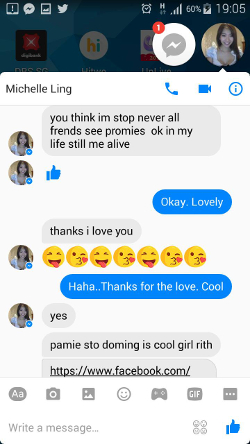 After all that “virtual sex” (Peter said he was “too busy” to record her in action), Michelle Ling’s true intentions surfaced. Blackmail! 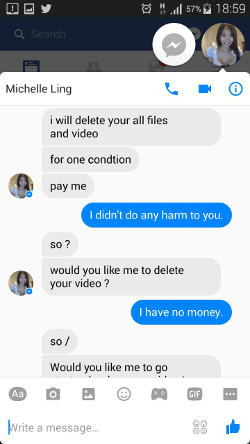 We can see Peter trying to keep his cool, but he was obviously dealing with an old hand. He was not the first and will definitely not be the last victim. 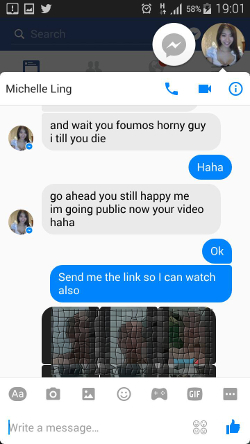 She proved to him that she had him on “film”. She has even “researched” his friends list and knew who to show the video to. 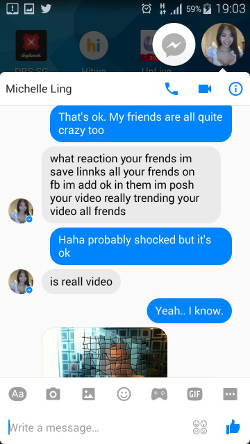 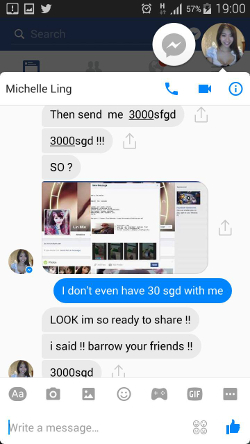 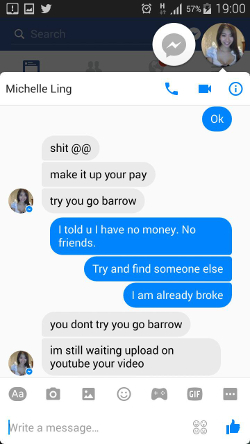 In spite of the poor spelling and English, we should be able to figure out what she wants – SGD3000. Peter said he is broke. The blackmailer must have heard this a thousand times. She had sized Peter up and figured that it would be not too difficult for him to come up with S$3000. 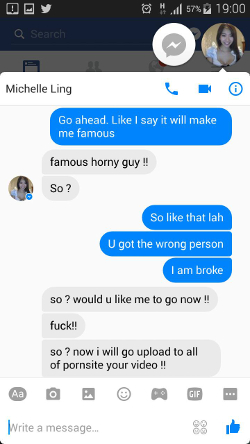 She must be well-prepared for this sort of response. Now she goes for the jugular – producing pictures of his friends obtained by virtue of her “friendship” with him on Facebook. She threatens to send the video to Peter’s female friend. 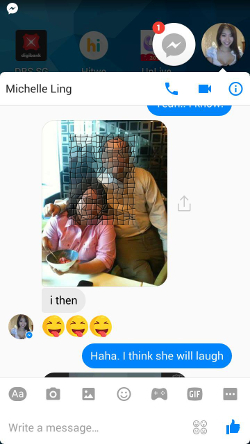 She goes even lower! His family! It’s amazing that Peter can remain so calm and nonchalant. If only he could have acted more prudently when she was tempting him to take off his clothes and “participate”. 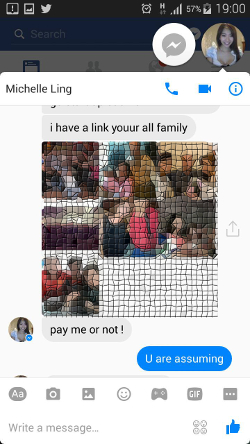 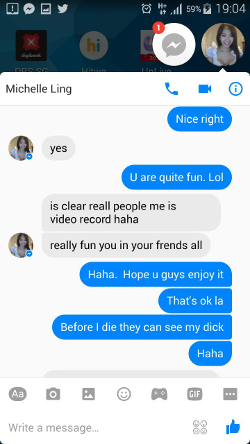 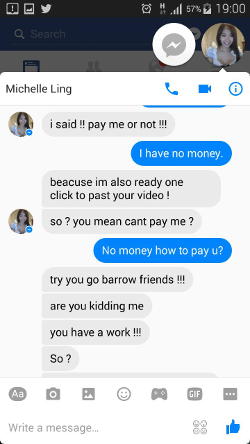 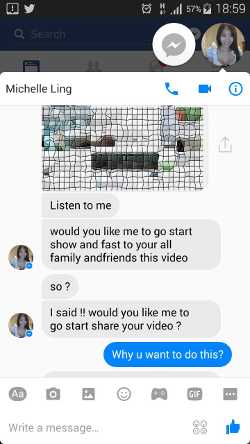 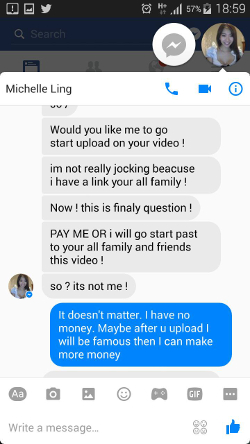 Peter is unbelievable. He still has a sense of humour at a time like this. He goes on to say that he is a dying man and his reputation didn’t matter. I wonder how she would react if Peter threatened to commit suicide. 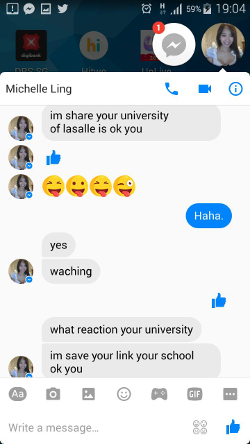 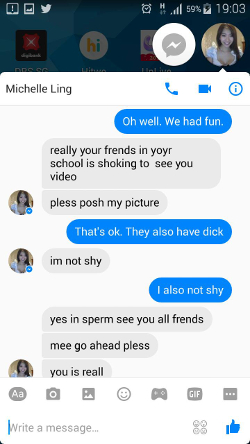 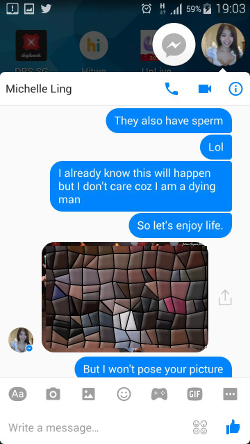 The mosaic photos show Peter’s friends in a group photo. 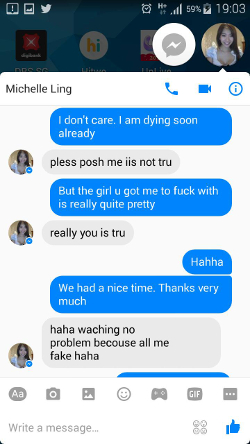 That pretty much sums up your bargaining power under such circumstances. You are real. Her profile is all fake. She’s got nothing to lose. I suspect that the girl in the video (who didn’t talk while performing, according to Peter) was just someone employed as the bait. She’s probably not the girl in the picture, but according to Peter again, she was gorgeous, so that made him suspend his suspicion. The one sending the texts could be her “minder”. Peter did not go one step further and ask about method of payment. That sort of information will certainly help law enforcers nab the real culprit behind “Michelle Ling”, but when I asked Peter, he was not keen on reporting the matter to the police. We’ll have to see what Michelle’s next move is.

We can afford to be a bit Donald Trump on social media. The moral of the story – do not add suspicious characters. Why would a beautiful girl want to get to know an uncle like you unless you’re some celebrity? Take heed. If something looks like a dream come true on Facebook, it’s probably a nightmare in disguise.