She raised more than a few eyebrows and grabbed thousands of eyeballs when she did a shoot (practically in the nude) at a coffee shop in Bangkok earlier this year. Thai model Minggomut Mamut Kongsawas (Angel). She insisted that she was only trying to help business, but there were enough complaints to land her in trouble with the police. As usual, things like this often just fade away over time in Thailand.

Angel seemed to have struck again, this time with a far less refined act of exhibitionism. Photos of the model lifting up her skirt at a very well-known junk food chain circulated online. 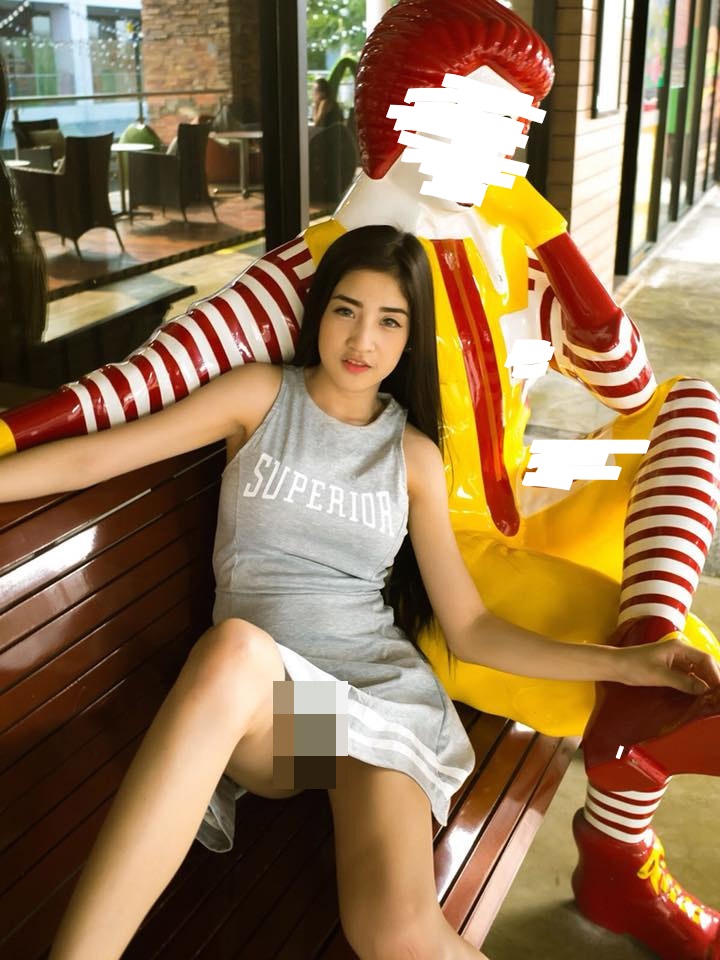 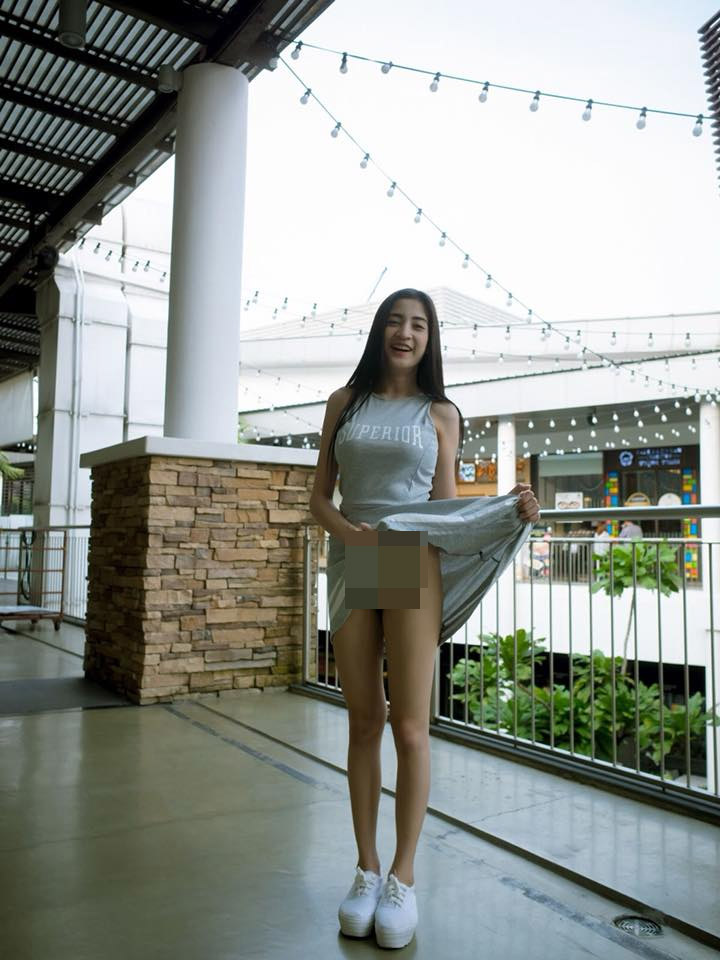 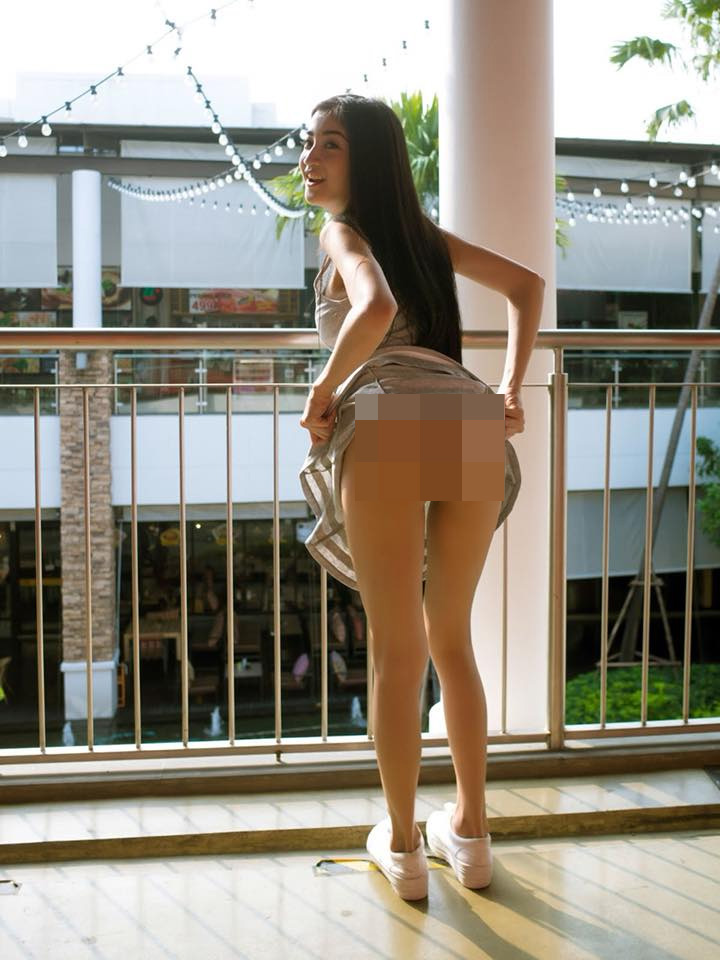 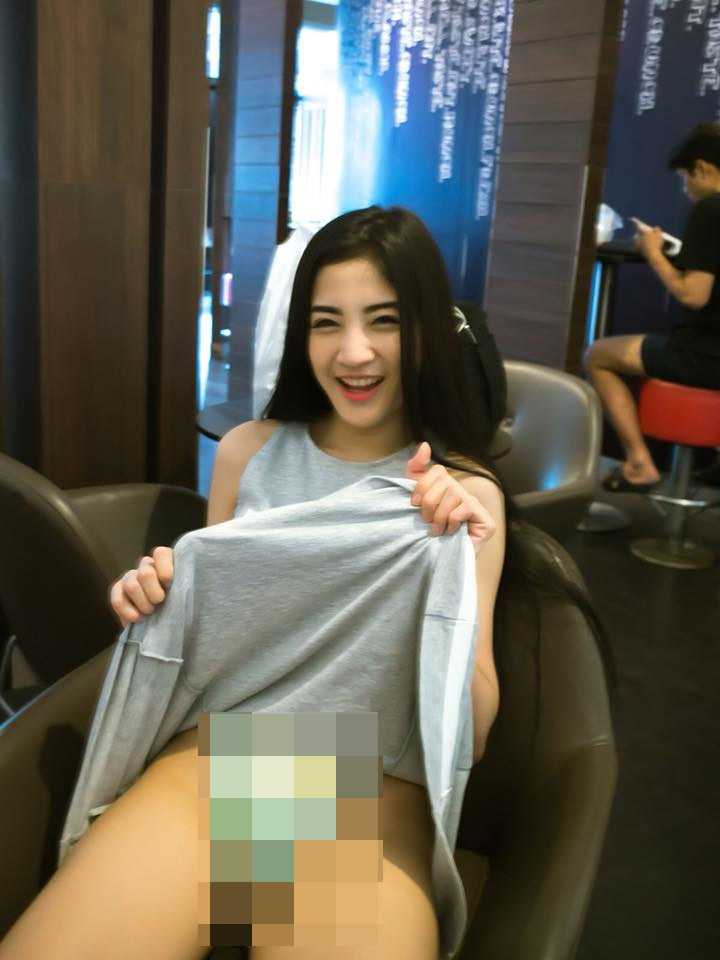 The very famous fast food chain wasted no time to clarify the matter on their Facebook page:

They further added that:

“The company is gathering information and will prosecute the model and the people who posted and shared the images.”

Which is why we have censored the faces and logos which will identify the company. Meanwhile, Angel’s Facebook page has been swelling with followers. At last count, she has more than 650k followers on Facebook. She has made no statement on the pics so far. They were not found on her page and neither is it known who took or leaked out the photos which may not have been meant to be shown. Perhaps like that coffee shop incident, this one will fade away too. Too bad, the “damage” has already been done. 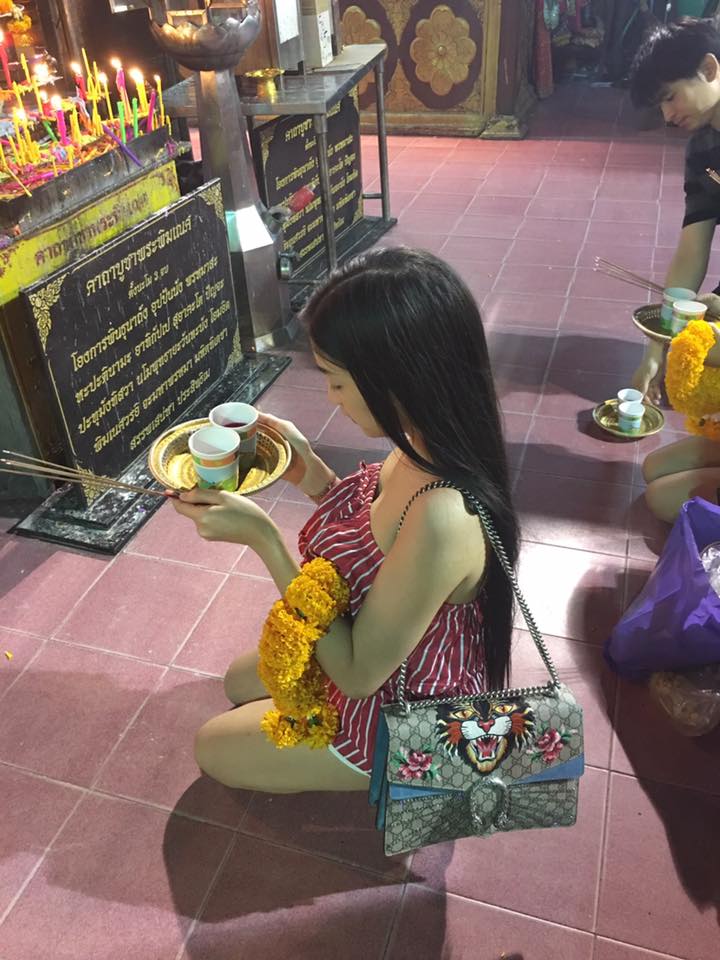