Sogyal Rinpoche’s The Tibetan Book of the Dead took the world by storm. Perhaps it didn’t do as well as Fifty Shades of Grey, but for a religious book, it was big hit. Once again, hordes of disillusioned Westerners saw salvation in an exotic Asian philosophy. I bought that book along with the sequel, The Tibetan Book of Living and Dying. Both books, in spite of their popularity are quite difficult to read. My personal favourite is Glimpse After Glimpse. With individual quotes, sayings and insights filling up the days in a calendar year, this book contains some of the greatest words of wisdom.

Following his success, Sogyal Rinpoche started his own organisation –
Rigpa. It’s a Tibetan word meaning the essential nature of mind – has more than 100 centres in 40 countries around the world, but Lerab Ling, situated in rolling countryside in L’Hérault is the jewel in the crown. Boasting what is said to be the largest Tibetan Buddhist temple in the West, it was formally opened in 2008 by the Dalai Lama, with Carla Bruni Sarkozy, then France’s first lady and a host of other dignitaries in attendance. I had deep admiration for Sogyal Rinpoche until shocking testimonies from his students reveal him to be not the Buddhist saint that public image may suggest. 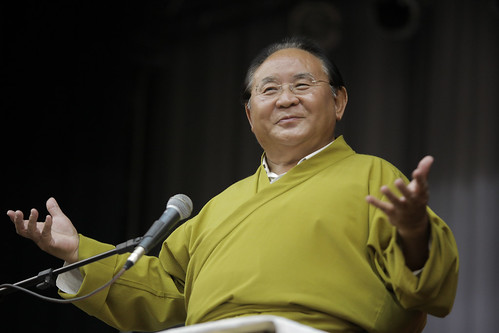 On 11th August 2017, a month after several of the lama’s longtime students publicly accused their teacher of decades of sexual, physical, and psychological abuse. After the allegations came to light, Sogyal Rinpoche entered a “period of retreat and reflection.”

How did all this come about? Had he always been the hypocritical preacher who never practised what he preached? Or did fame change him, turning him from a model of wisdom and compassion to a greedy, arrogant and narcissistic diva?

For years, Sogyal Rinpoche had managed to explain his “eccentric” behaviour as an unusual way to achieve enlightenment. He was constantly assaulting monks, nuns and students. Even though he was not required to be celibate, he was reportedly sleeping with his female students, some of whom were married. He is said to have abused his position as teacher, often ordering female students to take their clothes off and give him oral sex. In 1994, he was sued in California for sexual assault by a woman known as Janice Doe. The suit was settled out of court with substantial damages paid to the plaintiff. No prizes for guessing where the money came from. 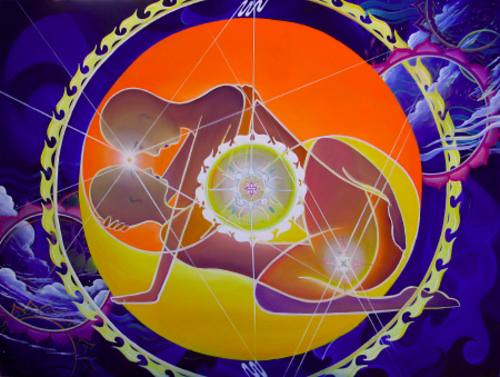 The “Shangri La factor” and the sympathy associated with the “Free Tibet” movement have sparked an explosion of interest in Tibetan Buddhism around the world. The Dalai Lama’s Nobel peace prize and his saintly public image project a perfect platform for fervent followers and their generous donations. Vajrayana Buddhists purport that tantric practices were expounded by the historical Buddha. When a king approached the Buddha and lamented that his responsibilities did not allow him to abandon his people and become a monk. But immersed in his duties as king, he was surrounded by temptations and sensual pleasures. How could he realise enlightenment? The Buddha responded by teaching the king tantric practices that would transform pleasures into transcendent realisation. Hence, apart from reading and chanting sutras or religious texts, one can also cultivate his mind by engaging in tantras or rituals.

The appeal of tantra is obvious to the lazy and functionally illiterate. However, His Holiness himself had warned potential followers of Tibetan Buddhism against being seduced into the religion by its exotic, mystical, tantric approach, with hints of arcane sexual practices. A suitable teacher is absolutely necessary.

“In Tibet”, said His Holiness, “it could take 12 years before a lama-disciple relationship could be established.”

Sogyal’s lifestyle has been described by insiders as “lavish, gluttonous and sybaritic”. Most of his fans like me or even followers who had gone to hear him teach (from his throne) at the celebrated temple are totally unaware of it. His debauchery is financed by donations by students who are under the impression that their offerings are being used to further wisdom and compassion in the world.

Mary Finnigan, a Buddhist student, is now an author and Sogyal’s fiercest critic. She has assiduously chronicled Sogyal Rinpoche’s alleged misdemeanours. The lame explanation of “crazy wisdom” includes sex, alcohol and drugs? Not surprisingly, this path to enlightenment is very well-received the West. Is it still Buddhism we’re talking about in the midst of all that sex and violence? Is Buddhist flexibility abused by charlatans who are no more actual lamas than the drunk in your local pub or the fake healer who tricks women into having sex in the name of exorcism?

Sogyal is not the only Tibetan Lama who has been accused of gross misconduct. In 2012, a teacher by the name of Lama Tempa Dargye from Kagyu Ling, a Tibetan temple near Dijon in France, was being held in provisional detention, following allegations of rape and sexual violence by four women. One woman alleged that she was aged nine when she was first raped by the monk. French police have also launched an investigation into financial irregularities at the centre. Some other monks are known to have infected their students with HIV!

Finally, it is important to understand that there is no licence in Buddhism for indulgent behaviour that hurt the innocent. Thus, oriental or occidental masters who claim that their luxurious lifestyles and abusive behaviour are merely a display of “crazy wisdom” must be regarded with great scepticism. His Holiness humbly admits that even he does not have the power to heal your broken bones.

So will I throw all of Sogyal Rinpoche’s books away? Of course not. To me, the teachings are still profound by themselves and they have nothing to do with whether the author is actually following them.