No, she’s not the character played by Julia Roberts in that 1990 film, Pretty Woman. Some moralists (who have probably acquired the bulk of their morals from daytime TV) have complained that films like Pretty Woman glorify prostitution and undermine their “Asian” values.

I believe they are not aware that the most colourful and illustrious prostitute of all time is indisputably a Chinese woman by the name of Liu Ru Shi 柳如是（1618-1664). At risk of offending those who think that prostitutes should be portrayed as shameless and dim-witted bimbos, Liu was a highly talented woman who composed poems, played music, performed calligraphy in the company of scholars and high ranking officials during the latter days of the Ming Dynasty and the early days of the Qing Dynasty.

女子无才便是德 or a woman without talent is a virtuous woman must be one of the most horribly sexist statements ever uttered. Nevertheless, it was also true because in the old days, women were expected to stay at home and do the chores. Those who knew what was going on in the outside world would not submit themselves to such menial tasks. Talented and knowledgeable women were almost always the courtesans who wined and dined with scholars and members of the elite. Many of the customers of these courtesans were married men and in those days, there was absolutely nothing wrong with discussing politics with a courtesan over a few cups of wine before going home to one’s wife and children. Still, there was a great amount of enmity between the “virtuous” women and the talented ones. It’s such an irony that the ignorant ones should consider themselves superior and look down on the talented ones. Who’s the bimbo now?

Pretty Woman could have been inspired by a real street walker with a beautiful personality, but the incredibly talented Liu Ru Shi is a real person who actually had a detailed biography written by the legendary multilingual historian Chen Yin Ke 陳寅恪（1890-1969). Imagine a history professor in a respectable institution in Singapore devoting his precious time to documenting the life of a prostitute. Again, glorifying prostitution? Woe betide the local professor who is sure to raise a lot of hackles or maybe even get fired from his job. It certainly seems as though China is a more open society than ours. In spite of a revolution, a civil war, communism, another revolution and modernisation, Liu Ru Shi’s biography has survived till this day. 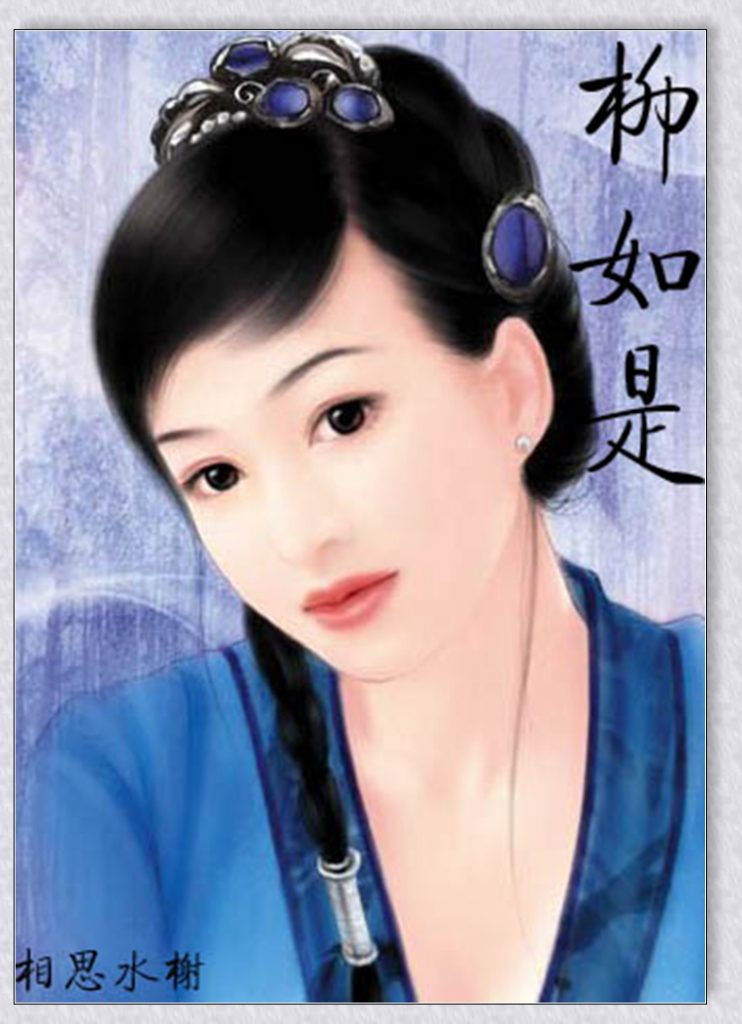 Royalty like Dowager Cixi has never been described as beautiful and when we see her photos, we know why. In spite of the emperor being the son of heaven and the selection process for his empress and concubines being rather stringent, good looks was not one of the criterion. I suspect that the same kind of selection process applied to men with rich and powerful fathers. The candidate must show all the signs of being able to bear boys. This was not the case with women who worked in brothels. Fecundity would be a disadvantage. If you want business, you’d better be pretty.

As photography was not invented back then, nobody today has an accurate picture of what Liu Ru Shi actually looked like. Using their imagination (and fantasy), various artists have come up with some beautiful portraits. 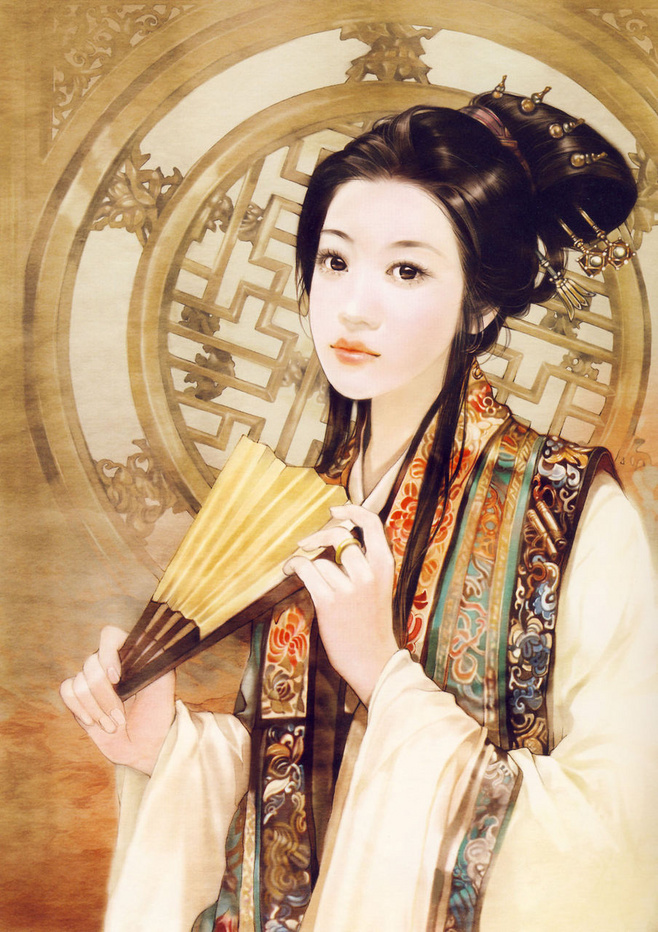 But make no mistake, Liu Ri Shi was not your timid and subservient lady. She was known to be a cross-dresser and some have mistaken her for a man. In spite of her lowly status in ancient Chinese society, Liu Ri Shi carried herself with great dignity, often not just returning the money but even paying crass customers who were not up to her standard to leave. 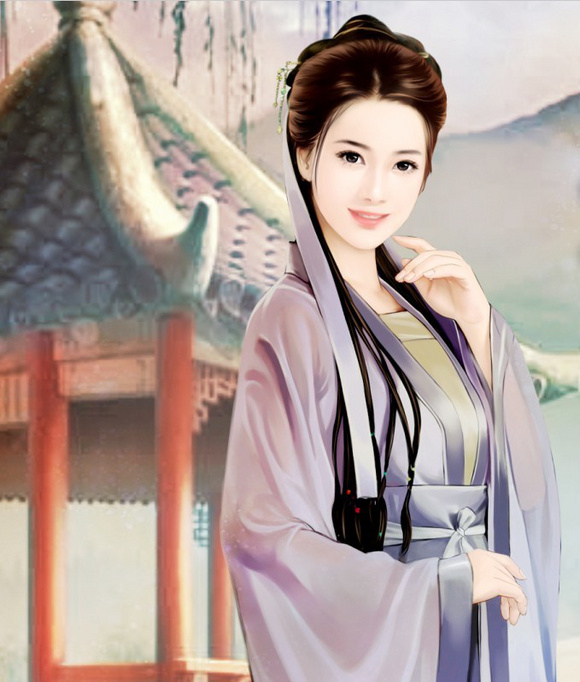 Like Pretty Woman, Liu Ru Shi got married to a high ranking official by the name of Qian Qian Yi 钱谦益. Her husband was 59. She was 23. Unlike the “virtuous” women in those days, Liu Ru Shi was active in her husband’s many official meetings and she would turn up dressed like a man. She could have shown a middle finger to those who doubted her ability.

In 1644, General Wu San Gui opened the doors to the Manchu army, ending the Ming Dynasty. The idealistic Liu Ru Shi urged her husband to commit suicide with her. He chose to surrender but like Wu San Gui, he secretly plotted to overthrow the Manchus. They never succeeded. Not long after her husband passed away at the age of 83, their beloved library burned down and creditors who used to be friends of Chen started demanding for payment. Merely 50 days after his death, Liu Ru Shi hanged herself, ending a short, colourful and tumultuous life. 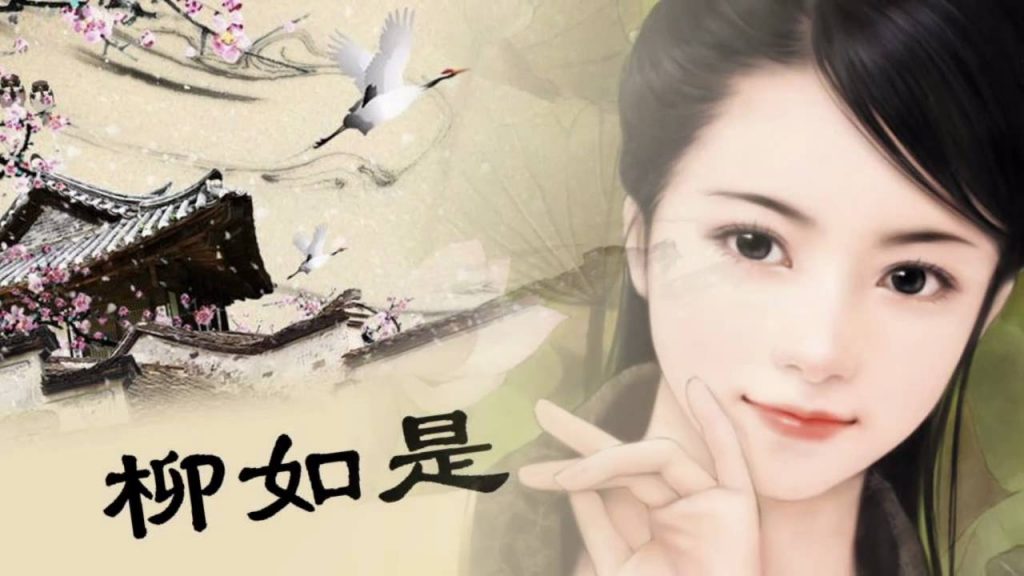 I am no historian, but I welcome the challenge, not so much of rewriting history but dramatising it so that even the most easily bored reader would stay up and read. Stay tuned for my book on Liu Ru Shi.