On Christmas Day in 2010 a video featuring a young woman who held an exhibition featuring photos of her in the nude garnered 30 million hits. The subject in question was a second year Renmin University student. She created the persona of 苏紫紫 Su Zizi as a subject in the exhibition and she was only 19. It was later revealed that Su Zizi was not new to nude photography. For the courageous, rebellious and passionate Su, her intentions were quite legitimate. She needed money to pay for her college tuition and to support her disabled grandmother. She also wanted to stun her audience and generate a huge fan base with her daring works of experimental art.

Born in Hubei, Yichang in 1991 with the given name of 王嫣芸 Wang Yanyun, Su Zizi was brought up in a very poor family. Her parents started having marital problems when she was only 3. Later, she was abandoned by her parents when they divorced and her grandparents were the ones who raised her. In 2009, thugs employed by some land development agency harassed them into vacating their home. The stress caused Su’s grandmother to suffer a stroke and she became paralysed from then on. Su had worked as a kitchen helper and an electrical goods promoter to help her family make ends meet. Graduating from university was not something that many people in her situation could even dream of.

Su admitted that when she first started modelling in the nude, she worked with all kinds of photographers with the sole intention of paying for her education and supporting her aged grandmother. However, she soon saw that not everyone was a genuine photographer out to create works of art. For 500 yuan a shoot, Su discovered that she often ended up with distasteful pictures. The more she wanted to earn, the lower she had to stoop. She got frightened and felt that she was entering a world that got darker by the day. It’s not that she was sick of posing nude. It’s just that she wanted some of her ideals and artistic concepts to be expressed in her work. She wanted nude pictures that she could be proud of. She wanted to shoot till she was 60; till she got pregnant, till her boobs drooped, till wrinkles covered her entire body.

Su then became selective and collaborated with famous Chinese photographers such as Cui Jian and Liu Zheng. The results delighted Su. That’s when she decided to go public.

In November 2010, Su held a low-key photography exhibition in her university in Beijing titled “Who Am I.” It showcased a series of pictures of her in the nude. Shocked by the daring display, the school authority covered up some 8 of the most revealing pictures. When her mother learned of it, she was so shocked that she declared that her daughter was insane. The Chinese media quickly dismissed Su as an exhibitionist who shamelessly used her naked body to gain attention. 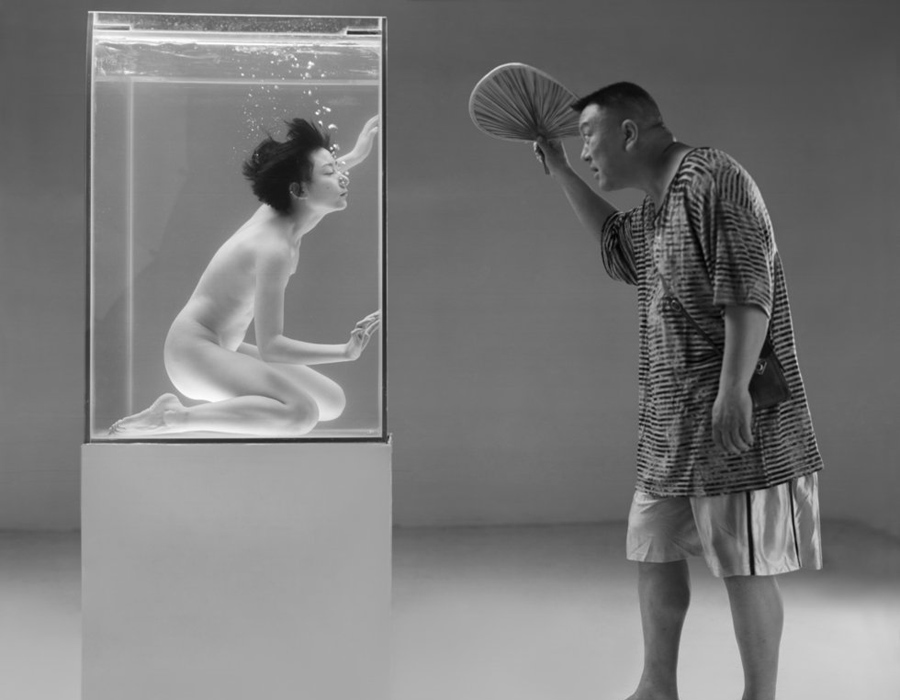 “There is unrivaled beauty in the natural expression of human emotion, and what can be more natural than the naked human body?” she said of the show, smiling proudly.

By then, reporters were swarming around her. She confessed that it was not easy shooting in the nude with male photographers. Both sides must know exactly what they are doing.

“Once you’re calm, they’ll be calm too. Because they know that they are only using your body as a tool for expressing emotion.” said Su with a degree of pomposity seldom seen in people of her social status.

This is also the attitude she adopted when she did her famous interview in the nude. She even captured images of her sitting naked and confident in front of a nervous, fully clothed reporter, claiming that that is also art. I see her point. 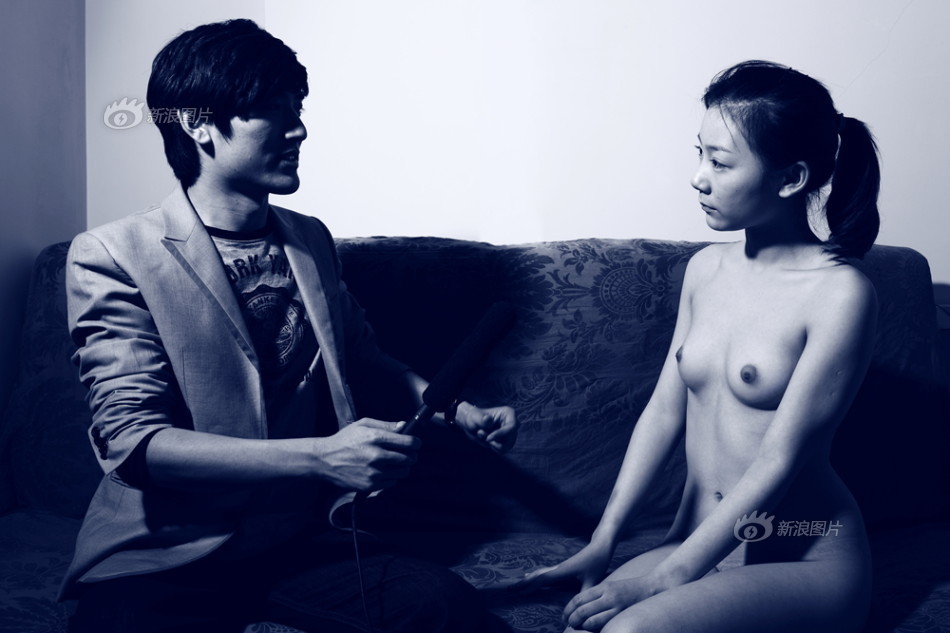 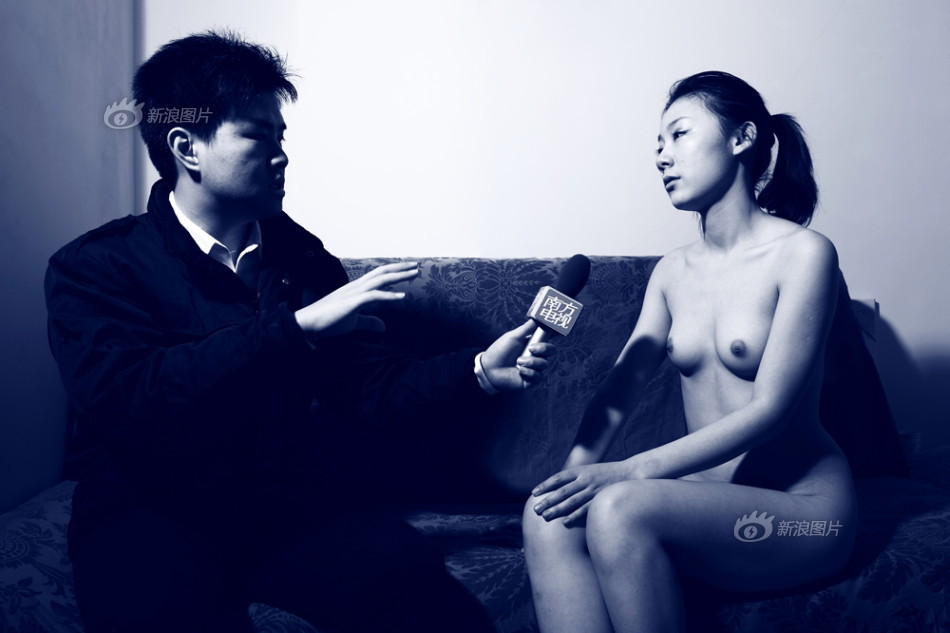 The very next year, the incredibly prolific Su Zizi published three books 我是苏紫紫 (I Am Su Zizi), 苏紫紫日记 (Su Zizi’s Diary) and 左脸右脸 (Left Face Right Face). She also held several exhibitions with one performance art exhibition in which all sorts of names people have been calling her were painted over her nude body in black ink. She had earlier promised that the exhibition would be shocking.

Strangely, Su Zizi was not disciplined or reprimanded by the school authorities. In spite of communism, there is plenty of intellectual freedom and democracy in Chinese universities. Both critics and fans had a voice. Controversy spilled into public spaces, generating much heated discussion between Chinese netizens.

Nevertheless, Su Zizi’s critics shamed her for not making a decent living. They judge that her works cannot be regarded as art. Who doesn’t know how to get naked and swim around in a fish tank? Aren’t synchronised swimmers more artistic and talented? Soon, she felt the pressure from her critics even though she vehemently denied it. Not surprisingly, Su ended up quite a loner in school. She had immodestly said that she was surprised some of her classmates could consider themselves art students. She insisted that what she’s doing is art and expressed hope that she would have a chance to change the prejudices that the majority of Chinese society still holds against nude art. Su pinned this prejudice on ignorance and a lack of understanding.

That was Su Zizi in 2011. Her fans gave her much encouragement, but her detractors caused her to lose sleep.

No matter how hard she tried to meet her critics head-on, the mounting pressure consumed her as she burned herself out to prove a point. Su Zizi voluntarily quit school even though her teachers advised her to hang in there till graduation. Settled down to a more normal life, she finally admitted that she was pushing the boundaries in rebellion against her detractors and not really because she enjoyed or even believed what she was doing. She would soon end her nude modelling career. She even asked people to stop calling her Su Zizi. She now works from home, using words more than images and is happily married to an artist 22 years her senior. She is also stepmother to a 10-year-old boy. The once fiery and determined Su Zizi did not take her revolution all the way.

It’s interesting to imagine how Su Zizi’s career would have been cut short (really short) if she had been Singaporean. There would have been no discussion or compromise. She would have had no chance to rebel against her detractors by producing even more controversial works. The almost certain outcome would have been immediate expulsion from the university so that the other girls (or even boys) would not be tempted to do the same “immoral” stuff. But what about art?

Some backward societies would deem any piece of work depicting nudity as distasteful. Singapore tries to look modern, mature and sophisticated, but there are moralists, conservatives and concerned parents who need to be placated. So are there really clear definitions for what constitutes art and what constitutes pornography? Can we say for sure that one is harmful while the other is not as long as we don’t mix up the categories?

I’m not glorifying what Su Zizi has done or even recognising that what she has done is art. The thing is, society should give space to folks who express themselves in whatever way they please. Sure, she’s doing this for the sake of publicity. The fact that she has succeeded has everything to do with how publicly “conservative” while secretly liberal most people are. In fact, the moralists should thank Su Zizi for her antics. The next woman who wants to pull a fast Su Zizi will be much less successful. If the world were overflowing with Su Zizi wannabes, then business for them is going to be tough. Going in the opposite direction, a country may end up with visually deprived people can get turned on by tiny, exposed feet. 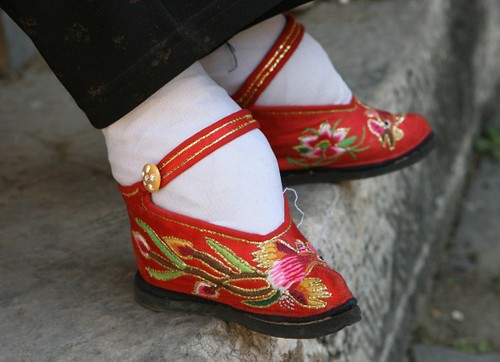